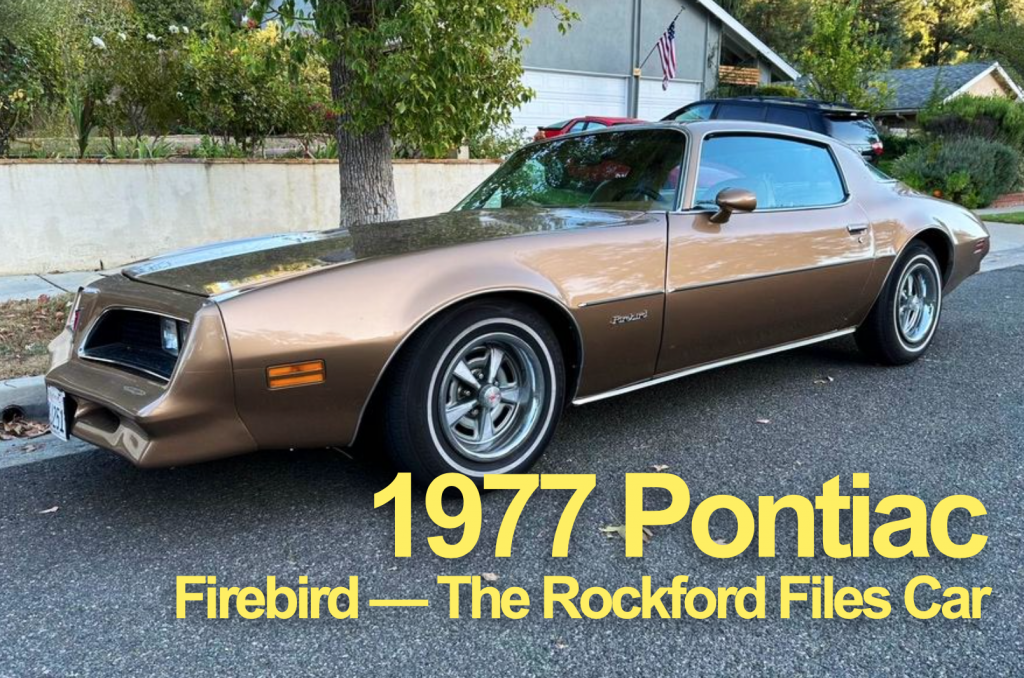 This is a beautifully and lovingly restored 1977 Pontiac Firebird V8 is from the popular television show The Rockford Files TV – Season 4 style, starring Actor James Garner. This car is basically in mint condition for its age, with nearly perfect gold exterior and nearly perfect tan leather interior. The original restored motor and systems are in great condition. Only update, the audio system was replaced with a modern retro blue-tooth sound system.

The TV Show: The Rockford Files aired from 1974 to 1980, and there were about 4 Firebirds per season (so there are possibly 21 Rockford File firebirds) based on my conversations with people familiar with the show. This car is special because of its amazing condition. I don’t have the full chain of owners, but I acquired the vehicle from a TV writer in Sherman Oaks, CA, who said she was gifted the car from Comedian Bill Burr. I have not been able to authenticate the vehicle… so we have to assume at this point it’s a tribute car / replica car.