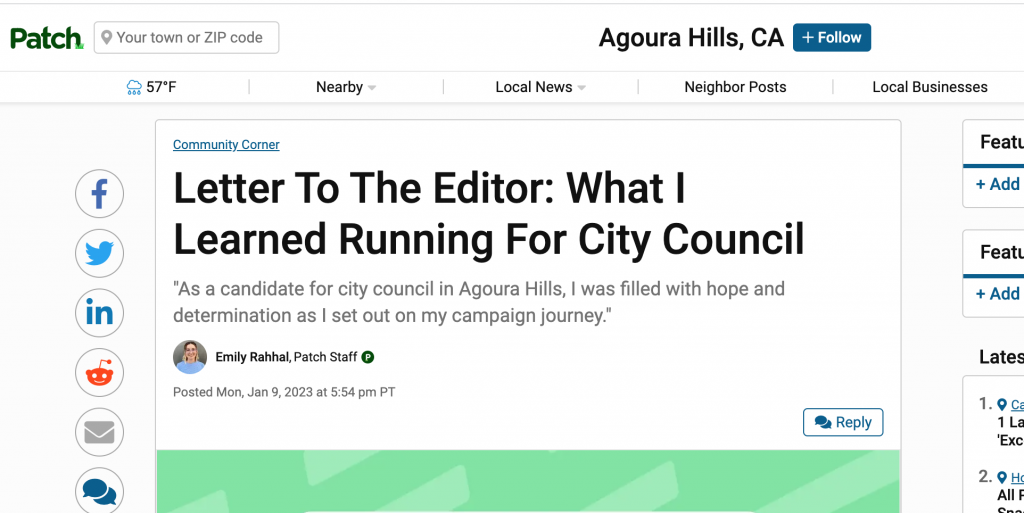 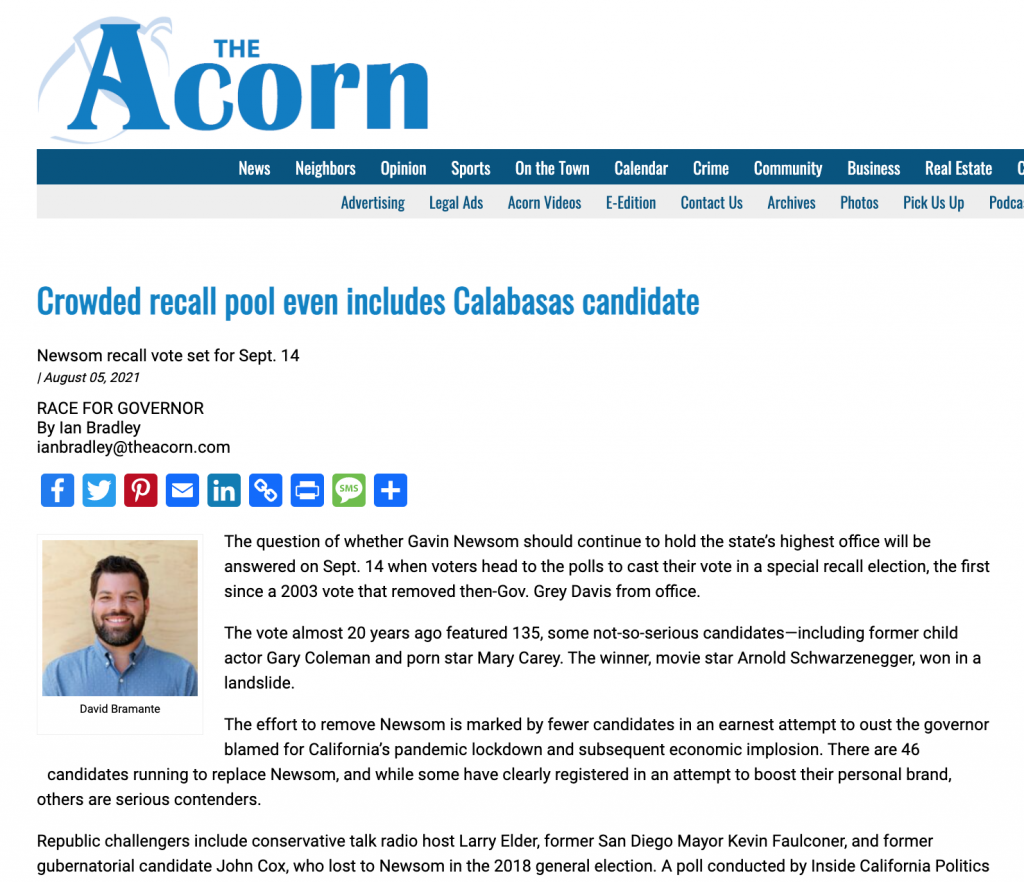 Puzzle winner a genius in 30 seconds 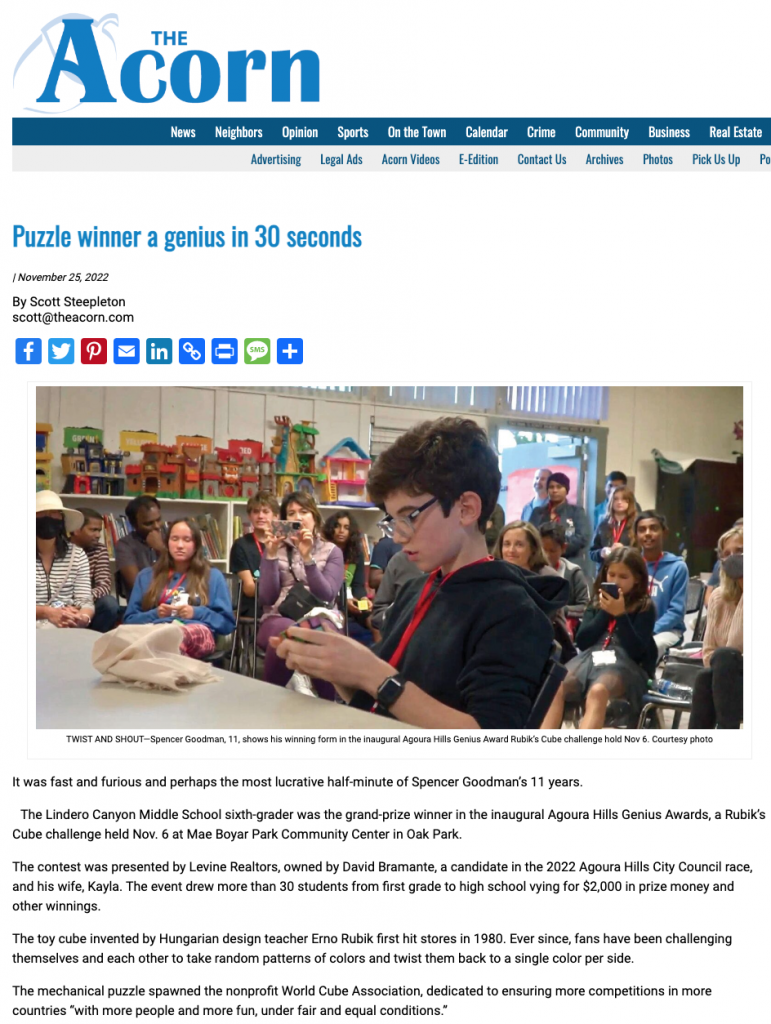 November 25, 2022The Acorn NewspaperBy Scott Steepleton “The goal is to highlight smart and competitive kids in Agoura Hills,” said Bramante, host of an eponymous podcast on consciousness and artificial intelligence. “I grew up poor, and when my mom couldn’t watch us, we were either studying Kenpo karate with sensei Cecil Peoples or playing video […] 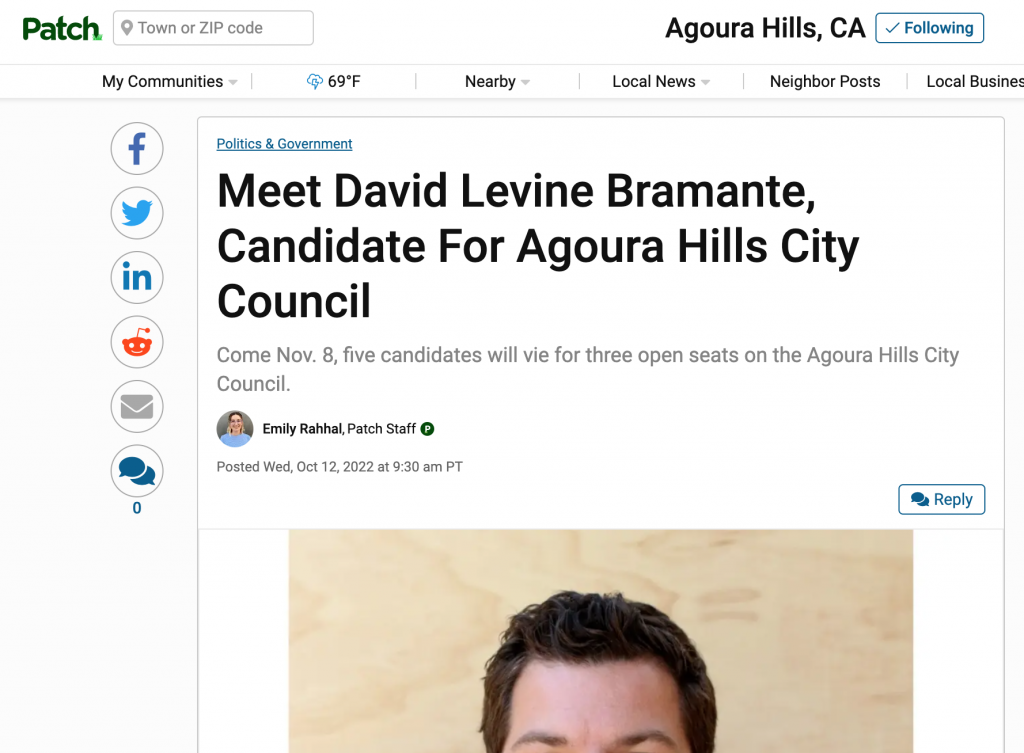 October 12, 2022Patch.comBy Emily Rahhal Age (as of Election Day) I was born in 1982, the same year Agoura Hills was founded. We are both 40! Party Affiliation I am registered as No Party Preference, and I have always voted across party lines. The election for Agoura Hills City Council is non-partisan, and the position […]

Fact Check-Website for ‘reporting’ unvaccinated people was created as satire 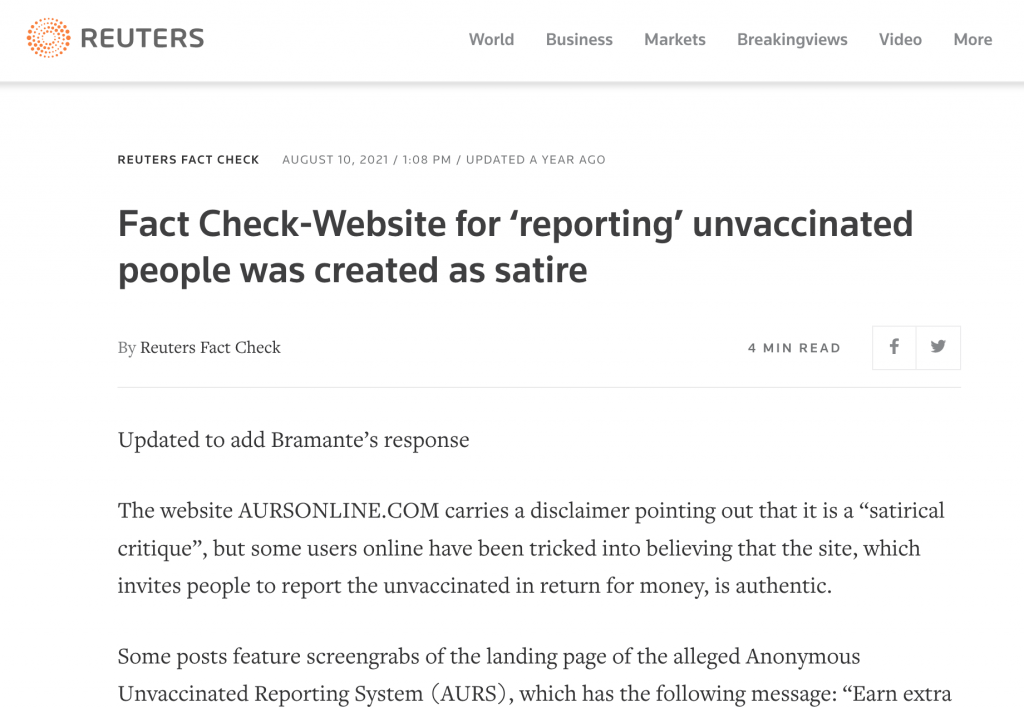 August 10, 2021Reuters The website’s About Us page states: “Disclaimer: The AURS is a satirical critique by political candidate David Alexander Bramante, in association with his campaign David Bramante for Governor 2021.” Bramante, a Republican candidate running in the upcoming California recall election on Sept. 14 ( here ), has been critical of COVID-19 mitigation measures ( archive.ph/wip/QVazS ). […]